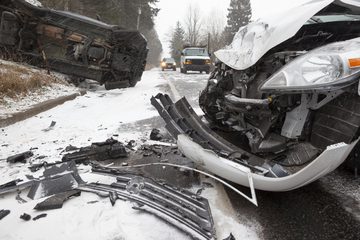 It is important to exercise caution when driving on highways. Highways can be very dangerous places for vehicles and are known to have caused fatalities due to car crashes. In Texas, the most dangerous  car accidents like rollover  crashes happen frequently on highways.

There are highways across the United States that are as equally dangerous to a vehicle to a driver that is not careful. An article on CBSNews.com provides a list of the most dangerous places in America for cars, and here are the three most dangerous ones:

The county is located in the western corner of Arizona and  is in the border of California. The county may have the lowest population in Arizona but ranks highest in the list of counties with the highest car accidents fatalities. The information is reported by  Auto Insurance Center, as stated in the article.

The second in the list is the four-lane Route 61 in Tunica County. The major highway is also known as “The Blues Highway” because it comes down from Memphis to New Orleans.

Exiting the four liner means driving on back roads with poor road conditions. The roads are littered with gravel that can be thrown from under a moving vehicle and damage another.

Fast driving has possibly made the east Texas County  rank third in the dangerous counties list, according to the article. The state has a speed limit of 70 miles per hour. In addition, the state’s attempt to address the issue by putting cables across the median strip of Interstate 45 has created problems with cars but helped in dealing with head-on collisions.

Miracle Body and Paint repair shop is one repair shop in San Antonio, Texas that offers excellent repair jobs. The (collision center) has been servicing the area for more than thirty years and is trusted by many customers.

The (paint and bodywork) center employs  technicians with more than years of experience in auto repair jobs. And, customers can get discounts that will be applied to their deductibles for them to save money on out-of-pocket expenses.