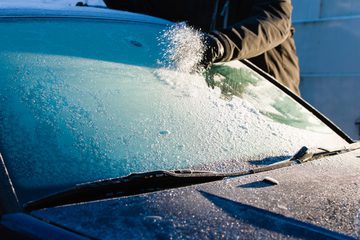 San Antonio can experience weather conditions that endanger the car occupants on the roads.

According to an article on KSAT.com, on  February 17, 2021 freezing rain covered the roads in ice. As a result, the officials with Department of Transportation advised against driving on dangerous roads.

Danger Up Ahead on San Antonio Roads

The article states that TxtDot announced that roads across the region became dangerous because of the ice that covered them. And, the National Weather Service reported that at 2 a.m., on February 17, 2020 the sleet and freezing rain that San Antonio was experiencing became the worst winter event that they had experienced in that week.

All major highways and ramps in San Antonio were closed due to the weather condition. New Braunfels officials had announced that streets and bridges should be considered impassable at 3 a.m. in the morning.

The snow that had fallen on Sunday before that day partially melted but soon became frozen again.

An extreme weather condition like a snowstorm in San Antonio can have devastating effects. It is best to err on the side of caution when there is a snowstorm and choose to stay off the roads to avoid road accidents.

Miracle Body and Paint repair shop is one repair shop in San Antonio, Texas that offers excellent repair jobs. The (collision center) has been servicing the area for more than thirty years and is trusted by many customers. The (paint and bodywork) center employs  technicians with more than years of experience in auto repair jobs.

And, customers can get discounts that will be applied to their deductibles for them to save money on out-of-pocket expenses. Miracle Body and Paint (auto body repair) shop also works with insurance companies for claims. Get a free online estimate now!