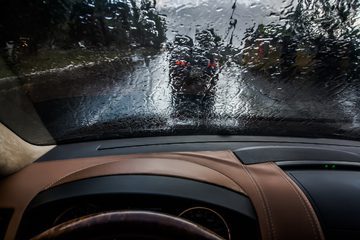 Multiple car pile-up crashes can lead to serious injuries and even death. On February 11, 2021 a snow storm caused at least 75 vehicles on Interstate 35W in Fort Worth. The disastrous event led to the death of five people. The accident in Fort Worth also injured many people.

Not Only One Driver Is at Fault

It is very likely that a multiple car pile-up crash is  a negligence of not just one driver. According to the article, a multiple car pile-up crash can happen because of one driver cutting off and causing a front-end collision. But, it does not stop there. A car following too closely behind the car  that had been cut off by the first vehicle can then cause a rear-end impact.

Why Order of Impact Is Important

In an example given an article, Car A is hit by Car B. Then another car Car C that is following Car B too closely rear-ends Car B. As a result of the chain reaction, Car A receives a second jolt of impact and send it far enough into the intersection that it hits Car D.

Determining the order of impact can free a driver from fault in the accident. In the scenario, Car B hit Car A and caused Car C to crash as well. Car C, however, made an impact that caused a chain reaction that made Car A hit Car D, the driver of Car A should not be liable in the scenario.

In the article, a person who is filing an injury claim is advised to seek legal counsel. A lawyer can help the person to achieve a settlement.