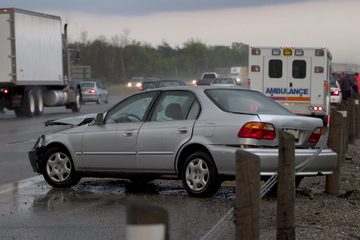 Severe weather can lead to catastrophic events. A snow storm, for example, can make the roads highly dangerous to people who are out driving during on the roads. In Forth Worth, a snow storm has caused a massive road accident in Fort Worth due to sleet and ice.

According to an article on Newsweek.com, on February 11, 2021 sleet and rain that had fallen overnight in Fort Worth made the roads in the city highly dangerous to commuters. The road conditions led to a multi-car pileup on Interstate 35W, which resulted in the death of five people.

75 to 100 vehicles were included in the accident, according to the Fort Worth Police Department, as stated in the article. The department also told Newsweek that the number of injuries still had to be determined. And, a reunification center for family members was set up at the Riverside Community Center located at 3700 Belknap Street.

According to the article, the newspaper Fort Worth Star-Telegram interviewed Matt Zavadsky, a spokesman for MedStar, which is a governmental EMS authority in Forth Worth. Zavadsky said that around 30 people had been taken to local hospitals. The spokesman also said that several people sustained critical injuries while many others had serious injuries.

The article mentioned a tweet made by MedStar on Thursday. In the tweet, MedStar reported that multiple patients had been entrapped because of the pileup. Additionally, a possible 18-wheeler truck rolled over, and a MedStar unit was involved in the crash.

A snow storm can quickly turn into a disastrous event. People who drive must take  precautions when there is severe weather to help prevent an accident from occurring.