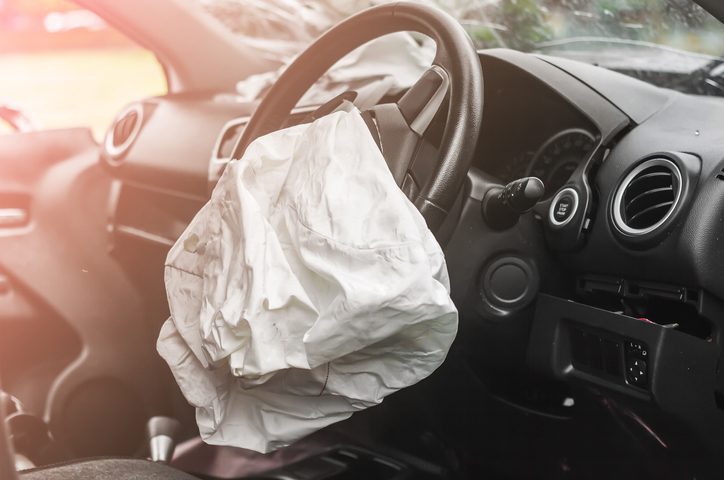 Regular insurance covers interior damage as a result of an accident. But, damage due to vandalism is only covered by comprehensive insurance. Furthermore, damage due to negligence is not covered by insurance. According to the article on MertonAuto.com, what constitutes negligence can be tricky, because an insurance policy holder making a claim for water damage as an indirect result of an accident. Water getting inside a car because of failure to close car windows during a storm is negligence. But, if it happens because the windows broke during an accident, while its raining, then the damage couldn’t have been preventable.

Air bags are misunderstood parts of a car. An airbag has talc or cornstarch added to its housing to make its fabric and avoid moisture damage to the firing mechanism of the airbag. While the powder is not dangerous, it can create a mess inside a car. A simple vacuum cleaning can solve the problem. Cars these days have air bags both for driver and passenger and curtain bags at every seating position. Replacing airbags is not cheap but it does not total the car. A car that is totaled has damages that exceeds 70% of the car’s value.

The belts mechanism locks during a collision to keep an occupant in the seat and in the airbag’s path. There are cars that are equipped with a second pretensioner that engages during a severe impact. When the pretensioner is active, the seat belt locks and won’t be able to retract. There are times that the seat belt can be unlocked but the webbing that makes up the belt would have already stretched, making it impossible for the seat belt to hold together in another accident.

The plastic parts inside the car usually snap into place to be able to break away if struck during a car crash. It makes replacement easy because the inner frame need not be repaired to attach smaller parts.

Fabric can be torn apart by deployed in-seat airbags. Shards of glass and other debris can also damage the fabric inside the car and cut through upholstery and carpets.

Miracle Body and Paint repair shop offers repair jobs that completely restore the interior of a car. Get a free online estimate now!