How the Body Reacts in an Auto Collision

Important Things to Do After Getting in a Car Accident

Front of light gray color car with pick up have big damaged and broken by accident on road in morning time can not drive any more park for wait insurance officer. With copy space for text or design

The Role of an Insurance Adjuster

According to an article on BenCrump.com, an insurance company adjuster reads the police report and then investigates evidence to come up with a reliable narrative. The goal of the adjuster is to know who caused the accident.

For car repair concerns, a (paint and bodywork)  center can help restore a car that is damaged as a result of an auto collision.

There are states that allow claimants to seek compensation even if they are partly at fault, but in some states claimants cannot. Claimants who do not agree with the decision of an insurance company can consult an auto collision attorney to challenge the decision of the company.

Determining Who is at Fault

The article also provides an explanation of how fault is assigned and how states have different laws when it comes to pursuing a car crash compensation.

According to the article, a car accident that involves property damage or bodily injury prompts a police investigation. Police officers show up at the scene to examine physical evidence and talk to drivers and any witnesses.

They then create a report of what occurred and determine who holds responsibility. The police report is useful in determining liability. But, the decision to determine who is at fault, is made by the insurance company.

Many states use a comparative system in determining who is at fault in a car accident. Under a comparative system, each driver receives a percentage of fault depending on how much they contributed to the car crash based on the findings of insurance company investigators.

In a car accident that involves a driver cutting another car off and immediately hitting the brakes, which results in the other driver rear-ending them, the percentage of fault is shared. The driver who cuts another car off may receive 80% of the blame, while the other receives 20%.

Another type of state liability law involves contributory negligence. Under the system involving contributory negligence, liability of any degree prevents a driver from pursuing compensation from other drivers for (auto body repairs) at a (collision center) like Miracle Body and Paint. (Bumper repair), (hood repair) or complete car restoration are an expertise of Miracle Body and Paint. 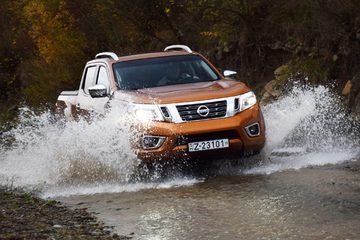